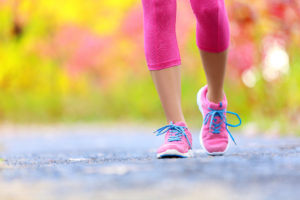 Often, during Breast Cancer Awareness Month, there is a tendency to focus on the ongoing and future fight against breast cancer. But in this month when RMI’s team is going full bore to support Making Strides Against Breast Cancer by the American Cancer Society, it’s good to look back at how far we’ve come.

It’s not that statistics are good – even one incidence, let alone one death, is one too many. But the trend lines are showing some heartening news.

Incidence rates (i.e. new cases) have been slowly dropping over the years. One reason for this may actually be due to better and earlier detection. The rate per 100,000 women in the U.S. dropped from 141.5 in 1998 to 132.2 in 2013 (latest statistic). This is a 6.8% drop. New incidences were trending upwards until 2000, before a drop became apparent. That’s going in the right direction.

In Michigan, there will still be an estimated 8,160 new cases this year, and overall women have roughly a 1 in 8 chance of breast cancer over their lifetime. But the next statistic may be a bit more comforting.

The reason? As we’ve mentioned before earlier detection is the key, along with awareness (monthly self exams) and advances in treatment.

Early Detection and awareness are key

As we’ve mentioned before in this blog, RMI advocates for a very simple and effective policy. Women should get screened on an annual basis starting at age 40. Although there has been debate in the medical community (see our Don’t Get the Facts Twisted page), there is no dispute that early detection is absolutely key to catching breast cancer early.

The above statistics are provides by Breastcancer.org and the American Cancer Society. You will find a wealth of information on those sites, and others, to help you assess your risk. You can also visit our website rmipc.net under What We Do>Breast Services to learn more.